Today my aunty Jean celebrated her 90th birthday, with a party held for about 50 close relatives and friends, at Chalk Farm, not far from where she lives in Eastbourne. 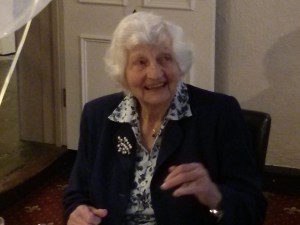 After the birthday lunch and speeches, the weather was so nice, that we spent the rest of the afternoon in the garden outside. It also gave us all an excellent opportunity to catch up on the latest family news. 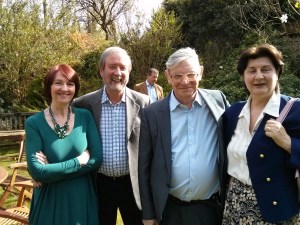 Lastly, a very big thank you to my cousin Martin and his wife Jann, plus everybody else concerned, for all the immense hard work and effort that they put into making a wonderful day for my aunt and everyone at the party. 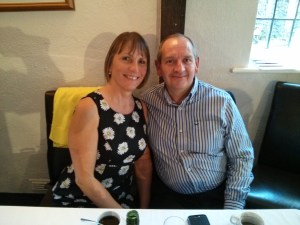 Gina & I decided that we would make a long weekend out of a family party, to celebrate the 90th birthday of my aunt Jean, to be held nearby to where she lives, in Eastbourne, East Sussex. It was quite windy, but the sun was shining and the air was very fresh. 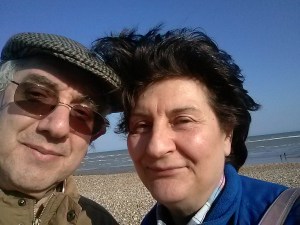 We stayed at a 350 year old farmhouse, which had 6 bedrooms named after the “Animal Farm” characters, and served breakfast only. Our room, named after “Boxer”, overlooked a farm, where the sheep were lambing. 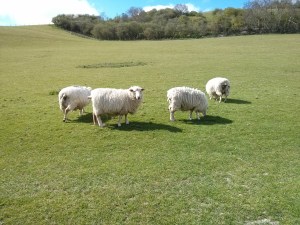 Aunt Jean’s birthday party was held at the farmhouse, which was our reason for staying there.

At last we have moved into our new home, in Eastcote, Pinner. 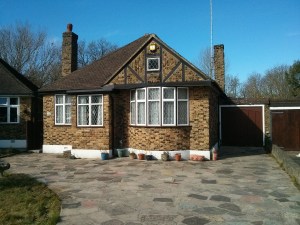 A nice little bungalow, in a secluded spot. 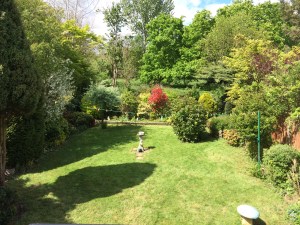 With a view of our rear garden, overlooking the River Pinn, with Eastcote park in the background.